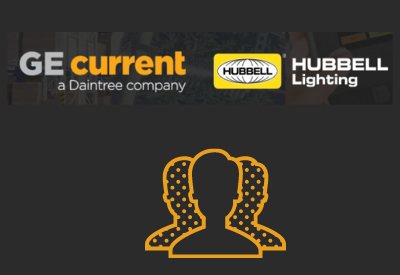 Following the news of the completed merger between GE Current, a Daintree company, and Hubbell® Inc.’s commercial and industrial (C&I) lighting business come leadership changes. The new appointments for the combined company affect its offices in Greenville, S.C., and Cleveland, Ohio.

“As a larger enterprise, we are focused on customer centricity — ensuring our customer innovation and execution needs are rapidly fulfilled by our business units, while leveraging the combined scale of our facilities and supply chain in a continually volatile environment. I am therefore delighted to have a complete management team in place, and in charge, on day one itself,” said Manish Bhandari, President & CEO, Current.

The business units at the core of the company will be led by:

Joe Cenin will expand his role as Chief Supply Chain Officer to now include the acquired facilities in Juarez and Tijuana, Mexico; Christiansburg, Va.; and Plympton, Massachusetts.

Courtney Abraham will lead the development of people resources as the Chief Human Resources Officer.

Tom Boyle will take on the newly created role of Chief Development Officer, where he will lead the company’s development and integration efforts.

Mark Ward has been appointed as Vice President/Business Transformation entrusted with Performance Excellence.

Mark LeClair will lead the digital-connect efforts as the Chief Information Officer.

Inger Eckert will be the General Counsel.

Montclair Light Works is a brand new domestic lighting manufacturer serving the residential and hospitality markets from its California factory.