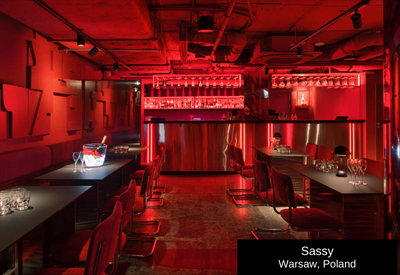 Finland has been widely recognized as one of the world’s most innovative countries in technology — for example, the first heart rate monitor, SMS text messaging, and Nokia phones originated there. Therefore, it should be no surprise that a Bluetooth Low Energy wireless control system for lighting, under the brand name Casambi, would gain acclaim as well.

Bluetooth Low Energy was developed at Nokia Research Center, where Casambi’s co-founders Timo Pakkala and Elena Lehtimäki worked — which is one of the advantages of the Casambi control system as there were literally no other Bluetooth Low Energy devices on the market.

Since its founding in 2011, Casambi has become the leading lighting controls company in Europe with more than 80,000 installed networks and more than 4,000,000 nodes under control. In North America, however, the brand is just now getting traction under the direction of General Manager Mark McClear, a semiconductor industry veteran.

“Two years ago, there was just one person at Casambi North America,” McClear quipped, referring to himself. “One year ago, we had three, and today we have 12 and will be hiring six more by the end of the year.” Casambi NA has increased its visibility over the past year by exhibiting at trade shows such as Lightfair, ArchLIGHT Summit, LightSpec West, SDA Showcase, and LEDucation. Another boon to business has been its partnership with renowned rep agency Stan Deutsch Associates/SDA Lighting & Controls in New York City.

“We are probably triple our sales this year over last year and we’re still getting our team pulled together, so the brand message is being received very well,” McClear said. The focus for 2023 is on expanding its presence on the West Coast.

One determining aspect that makes Casambi stand out from the competition is its history of success. “Casambi is proven,” McClear stated. “We may be new to the American market, but we are far from new. We are not some start-up looking for guinea pigs to test our technology; Casambi is proven in every kind of real-world control environment and we are looking to solve problems and save money for our North American customers just as we have done in Europe.”

Casambi also covers a wide range of projects in the C&I and mainstream architectural space. “For example, we just did a hospital in Ireland that has 9,000 nodes in it, and at the same time, we’re doing quick-serve restaurants that might have 100 lights or 100 nodes,” he explained. Casambi’s largest project to date was the BBC world headquarters in London, which was comprised of 15,000 nodes and multiple buildings on a campus.

Casambi is not new to the wireless lighting controls world, but much of the lighting industry is. For old-school electricians and electrical contractors, wireless controls can be like learning another language —and for that reason, that lack of familiarity may make them reluctant to use it on jobs.

“A key aspect of our North American market entry is support,” McClear stated. “We have more than quadrupled our resources in North America and assembled a support team to work with the reps/agents, lighting designers, and electrical contracting firms all the way down to the individual job. We have the tools, processes, and financial incentives in place to make it easy to specify, seamless to install, and everyone gets paid for the work they do on every component of the project.”

In fact, five of the aforementioned 12 hires in North America are support staff based in the U.S., and the support goes beyond troubleshooting. “If a specifier gives us a reflected ceiling plan and a listing of luminaires in the system, our design services group can turn around a controls plan that includes every sensor and every switch and every component in the system that they need to get, and a quotation for it,” McClear said. “That is something an electrical contractor can look at and realize, ‘Oh I know how to install this.’”

The future is wireless, McClear affirmed, comparing those who specify a wired solution today to people specifying T8 fluorescents in 2015. “Wireless will win in the long-term because the installers will realize they need only run power to every luminaire and never have to de-bug or re-run a 1-10 control line,” he noted.

“The wired control companies have designed a closed system that limits flexibility and choices — and always drives you back to them for a solution. Literally any luminaire can be made Casambi-ready in seconds and installation requires no special training. With Casambi you choose. With wired technologies, they choose for you,” McClear stated. 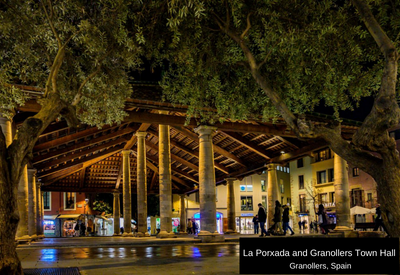 Flexibility for the end-user is the ultimate reason for choosing wireless. An electrical contractor should ask their customer how the space will be used. “I’d ask whether this is a static space that’s never going to change, or if they could foresee someone reusing or repurposing that space for something else down the line,” McClear said. “In that case, you don’t want to pull 0-10 line and then have to pull it again when you reconfigure the space. You’d rather just open up your iPad or tablet and change it, literally, in seconds. I would point out that there are tangible savings in not running all these lines and tangible savings in not having to debug all these lines. Because if they pull 200 0-10 cables, one of them is probably going to be flipped around to the wrong polarity and one of them is probably going to be nicked during installation and then they’ll have to debug it. The electrical contractor never has to do those things with a wireless system — plus, on average, we should be able to save about 20 percent, depending on the installation, when it comes to billable materials. There’s a sustainability element to it also. You’re saving on materials and you’re saving on labor.”

Another benefit to wireless systems is that the technology does not become outdated. Updates to firmware are done automatically. It’s a closed system between the smart phone and the Casambi cloud, which is good from a security standpoint, and there is no subscription or fee for updating the technology.

Eye on the Future

Besides adding rep firms, and territory management, future goals include continued collaboration with OEM lighting companies on the front end to make their luminaires Casambi-ready and adding new component products to Casambi’s ecosystem in North America. “For marketing, you will see close collaboration with our OEM partners on things like webinars, advertising, and case studies of success stories. The Support team are our un-sung heroes who deliver the documentation, product, and tech support down to the job-level and make all the trains run on time,” McClear said. Among the manufacturer brands Casambi works with are Erco, Beghelli, US LED, LEDRA Brands, Delta, Coronet, Walalight, Filamento, ESI, Q-tran, and Zumtobel.

“In essence, any luminaire from any manufacturer can be made Casambi-ready simply by adding one of our components (about the size of a business card) to it,” McClear remarked. “It’s normally cheaper and easier to integrate this functionality into the fixture or the driver, but we sell hundreds of these components every day for this.”

For 2023 and beyond, the plan is for controlled growth. In addition to the North American market, Casambi has added a Singapore office that covers a wide territory from New Zealand to Mumbai to Taipei. “We’re playing the long game,” McClear stated.

aspectLED surveyed hundreds of designers about the impact of the pandemic on lighting design. 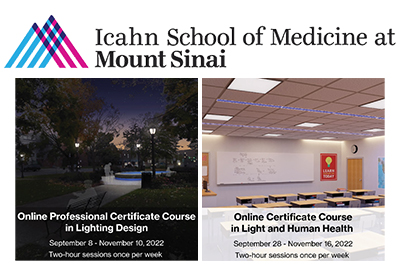