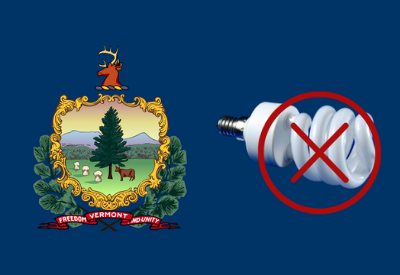 On the to-do list for the Department of Environmental Conservation in Vermont in 2022 is deciding whether or not to ban light bulbs that contain mercury (i.e. compact fluorescent, fluorescent, HID, non-LED UV).

What makes the decision significant is, if it goes through, Vermont will become the first state in the country to ban lamps containing mercury; California’s long-standing Proposition 65 is a “warning” on such lights, but not a ban.

According to VTDigger.com, a publication of the Vermont Journalism Trust, a petition to ban mercury-containing lamps was sent to the department in October from the Vermont Public Interest Research Group (VPIRG), the Mercury Policy Project, the Clean Lighting Coalition, and the Appliance Standards Awareness project. Currently, Vermont’s law states fluorescent lamps can be sold only until there is a mercury-free alternative that works as well at an equal or lower cost.

After reading the petition, Matt Chapman, director of the Department of Environmental Conservation’s Waste Management division, reached out to the National Electrical Manufacturers Association (NEMA), which represents lighting suppliers and coordinates the mercury take-back program.

“We’re reviewing NEMA’s response and VPIRG’s initial petition to come up with a draft decision that we expect will be out in the next several weeks to sort of render a decision on what sort of lamps we think are and are not banned under that particular provision,” Chapman said.

The decision will then remain open for 30 days of public comment before taking effect.

VTDigger reported NEMA’s response was that the only mercury-containing lamps with LED alternatives that “cost equal to or better” are screw-in CFLs. Linear fluorescent lamps, NEMA countered, would be too expensive to replace.

“Non-mercury products often do not constitute direct, ‘plug-in’ replacements for mercury-containing lamps,” NEMA said in its response. “The latter consideration means that conversion to non-mercury solutions for some critical applications means installing new fixtures to accommodate non-mercury bulbs, if not replacing the entire lighting system.”

VPIRG, the Mercury Policy Project, the Clean Lighting Coalition, and the Appliance Standards Awareness Project disagree. In a press release, the groups jointly point out that major lighting companies such as GE and Philips offer retrofit LED tube options.

“Not only are LED replacement lamps widely available, they are also an easy retrofit solution that will save Vermont residents and businesses money year after year,” the press release noted.

When you consider the cost over time, LED tubes are much more affordable – even if their ticket price is slightly higher – because they are more energy efficient, Paul Burns, executive director of VPIRG, told VTDigger. “Lasting longer and being more efficient means you’re going to save money for the people who purchase these products over the long run,” he said.

Vermont currently has a free recycling program for mercury-containing lamps where used lamps can be brought to any hardware store in the state to be disposed of safely.

A team of researchers has found that the conversion of outdoor lighting to LEDs across Europe has led to a new kind of light pollution.

Growing areas of the show include regenerative energy sources such as solar or photovoltaic panels, charging management systems for e-mobility, and lighting control.

Rising interest rates have slowed the housing boom, but there is an opportunity for lighting showrooms and electrical distributors in this market. 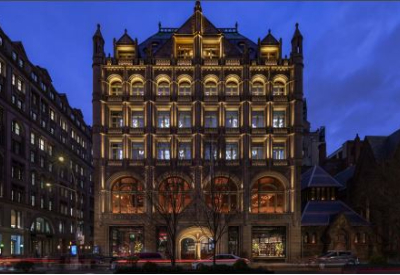 Located on a prominent corner of the Flatiron District, this 1894 Renaissance Revival church house is the new home for Fotografiska, a progressive museum of photography. The goal was to illuminate the architectural details and bring attention to this historically landmarked building.

The new Weather Trends International headquarters in Bethlehem, Pa. went to great lengths to incorporate natural surroundings through artificial skylights and a recreated street scene into its office setting.