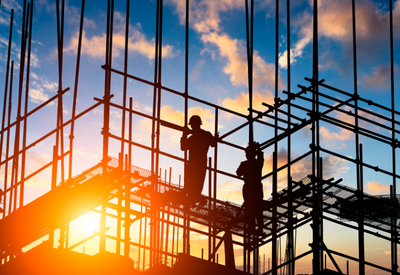 The construction industry added 32,000 jobs on net in July, according to an Associated Builders and Contractors (ABC) analysis of data recently released by the U.S. Bureau of Labor Statistics. On a year-over-year basis, industry employment has increased by 311,000 jobs, or 4.2%.

The construction unemployment rate decreased to 3.5% in July. Unemployment across all industries dropped from 3.6% in June to 3.5% last month.

“Today’s employment report was expected to show an economy not yet in recession, but at least headed in that direction,” said ABC Chief Economist Anirban Basu. “Shockingly, that did not come to pass, as U.S. employers added 528,000 jobs in July, more than twice the consensus forecast of 250,000, and the unemployment rate across all industries fell to 3.5%, tied for the lowest rate since the late 1960s.

“Yes, the construction industry also added a healthy number of jobs in July, but the impact of macroeconomic deterioration is already apparent in other construction data,” Basu added. “To date, the residential segment has felt the brunt of rising borrowing costs, with mortgage applications recently declining to multi-decade lows. But ongoing weakness in certain commercial real estate segments, sky-high materials prices, and shortages of skilled construction workers have forestalled a growing number of projects by suppressing demand at a time when the cost of delivering construction services remains elevated. The industry’s labor supply remains severely constrained; the construction unemployment rate fell to 3.5% in July, the fifth lowest rate in the 22-plus years for which the Bureau of Labor Statistics has data. 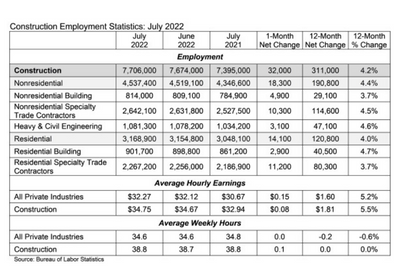 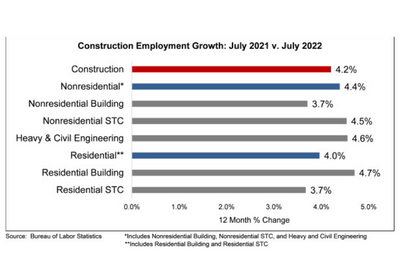 “While backlog remains elevated from a year ago, according to ABC’s Construction Backlog Indicator, this may have as much to do with the fact that projects are taking longer to complete than with underlying economic strength,” Basu stated. “The expectation is that backlog will begin to fade for many contractors as the economy becomes less supportive. At the heart of the issue is the Federal Reserve, which will continue to raise interest rates as long as the labor market retains this level of momentum.”

NEMA President & CEO Debra Phillips issued a statement of support regarding President Biden’s signing of the 2022 CHIPS and Science Act.

Custom lighting and furniture manufacturer Roll & Hill will be bringing new jobs to Michigan by establishing a new lighting production facility there.

International trade event Light+Building in Germany has changed its show dates from March to October, and will offer a digital component as well as in-person networking.