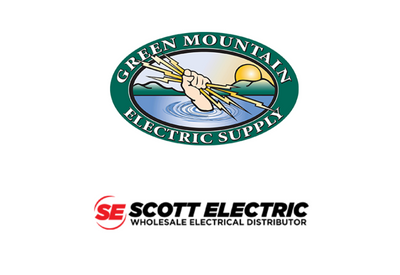 Scott Electric Supply is a two branch, full-service electrical distributor in western New York covering the Buffalo and eastern Lake Erie shore. The company was wholly owned by Sam Scott, who passed away earlier this year. Scott had also founded Scott Electric Company in Pennsylvania, where he was the President until 2012 when the company became employee-owned. Scott Electric provided management, operational, accounting, and other services to Scott Electric Supply, but did not own the business.

On behalf of the Trustees, Bob Coletta, Assistant General Manager and Purchasing Manager of Scott Electric, said, “It was a tough decision to make, but in the end, it was the best circumstance for settling Mr. Scott’s affairs with his Living Trust. Our main concern was making sure all of the employees of Scott Electric Supply would have jobs. Green Mountain was very accommodating and made sure that would be the case.”

Headquartered in Colchester, Vt., Green Mountain has locations in Vermont, New Hampshire, Maine, and western New York. The company has aggressively been growing its western New York footprint and now has 18 locations in that area, making it the largest independent electrical distributor in the market.

Dallas Market Center has opened exhibitor registration for the third rendition of this annual lighting event for the architectural, specification and design communities.

Founder of GM Lighting and Capri Lighting Sy Gerber passed away peacefully at home on November 13. He was 94 years old.

Austria-based ams OSRAM, a leader in optical solutions, will sell its Fluence horticulture lighting systems business and brand to Signify for US$272 million.