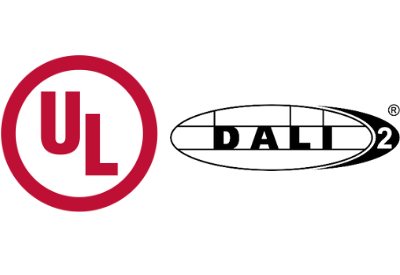 Starting on January 2020, the registration of DALI version 1 LED drivers ended and DALI-2, the second generation, began. That protocol includes additional application controllers and input devices, such as push-button switches and couplers, occupancy and light sensors. Through a clearer specification, including bus timing and bus power, the interoperability between multiple devices and vendors is improved. Polarity insensitivity enables easier installation. Less wiring is needed with bus-powered units, and more cost-effective products can be realized by multiple logical units. The extended fade time from 100 ms to 16 minutes increases comfort and flexibility for the end user. A query of the light-source type is also included and enables easier maintenance.

As part of the newly established DALI-2 product certification process, an independent veri­fication of the test results by the DiiA is required. Test results issued by UL are accepted for this verification process, which can help avoid interoperability issues based solely on the self-declaration of compliance, which was established for the DALI version 1.

Building owners can benefit from this new certification process because with DALI-2 lighting products interoperability among multiple vendors is guaranteed, which helps secure that investment.

Even with no standard currently in place to combine a 2-wire DALI-bus to a wireless communication protocol, wireless connectivity can still be achieved. DiiA has announced to its members that it will work on such a standard for an application gateway solution for Zigbee and Thread and Bluetooth as an underlying wireless carrier to establish a DALI-2 end-to-end communication. For all three wireless technologies, UL is already a certified resource.

Montclair Light Works is a brand new domestic lighting manufacturer serving the residential and hospitality markets from its California factory.

Brent Fields, Senior Vice President at lighting manufacturer Hudson Valley Lighting Group, passed away in July at the age of 53.