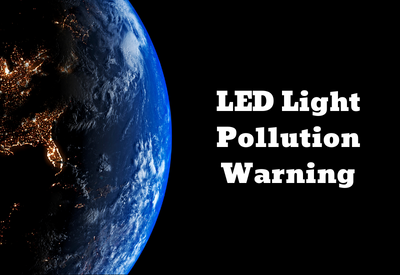 A team of researchers at the University of Exeter in England has found that the slow conversion of outdoor lighting to LEDs across much of Europe has led to the development of a new kind of light pollution. In their paper published in the journal Science Advances, the group describes their study of photographs taken from the International Space Station.

Prior research has shown that artificial light in natural environments adversely impacts wildlife and humans. Studies have shown that both animals and humans can experience disruptions to sleep patterns, for example. And many animals can become confused by the light at night, leading to survival problems.

In this new effort, the researchers noted that officials in many countries have been promoting the use of LED lighting over traditional sodium lighting along roads and in parking areas due to the reduced energy demands of LEDs. To learn more about the impact of this change, the researchers obtained photographs taken by astronauts aboard the ISS over the years 2012 to 2013 and from 2014 to 2020.

The photographs provide a much better range of light wavelengths than satellite images. 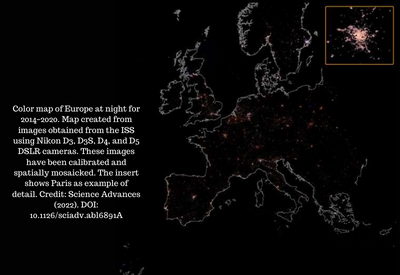 The researchers were able to see which parts of Europe have converted to LED lighting and to what degree. They found that the U.K., Italy, and Ireland have experienced significant changes while other countries such as Austria, Germany, and Belgium have experienced little change. They found that the LEDs emitted light at different wavelengths than the sodium bulbs. Noticeably different was the increase in blue light emissions in those areas that have converted to LED lighting.

Blue lighting, the researchers note, has been found to interfere with the production of melatonin in humans and other animals, which interferes with sleep patterns. The researchers suggest the increase of blue light in areas lit by LEDs could be having a negative impact on the environment and also the people who live and work in such places. They suggest officials take a closer look at the impact of LED lighting before pushing ahead with new projects.

Canadian manufacturer Axis Lighting has selected Next Generation Lighting to represent the company’s full portfolio including the newly launched BalancedCare healthcare luminaires in North Georgia, including Atlanta. ALESCO/NGL South will represent Axis Lighting and BalancedCare in Central and South Georgia, including Augusta, Macon, Columbus, and Savannah. Next Generation Lighting and ALESCO/NGL South specialize in architectural…

DMF Lighting partners with Building Better Lives to create the Shine a Light program to raise funds that provide victims of sex trafficking a new start.