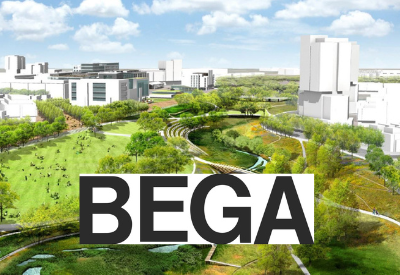 BEGA North America, the California-based division of the German lighting manufacturer, broke ground last month and has expanded into a second campus (BC2) in Broomfield, Colorado.

The new campus offers more than 150,000 square feet, which will provide more flexible space for inventory. In addition, BEGA North America will be shifting its large-scale luminaire production to BC2 in a move that is expected to speed up production and enhance customer service.

The company has reportedly been able to reduce lead times by up to 50 percent of its current average by optimizing both large- and small-scale manufacturing processes in both facilities.

The Colorado facility is part of a master-planned community known as Baseline, close to both the University of Colorado Boulder and the University of Denver. BEGA will occupy all of Baseline’s second industrial building, allowing for future growth on-site.

Wondering which new products got professional designers’ and engineers’ attention at LightFair? The Innovation Award winners have just been announced.

CMG released the results of its semi-annual Pulse of Lighting survey, compiling the findings of 230 distributors, manufacturer reps ,and lighting manufacturers.

The U.S. Department of Energy (DOE) has published a Federal Register notice amending the test procedures for ceiling fans.