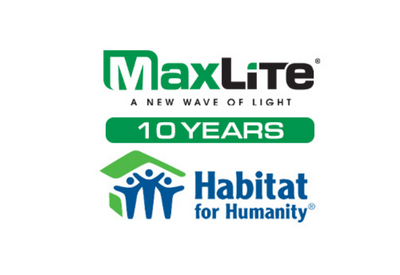 The new headquarters will consolidate existing facilities in West Caldwell, N.J. and feature a large state-of-the-art training center and showroom that will provide better space for representatives and customers to learn more about MaxLite’s extensive lighting portfolio, including its award-winning c-Max line of controls and M-Series outdoor products.

“This move will bring our teams together, foster greater collaboration and innovation, and strengthen our Ease of Doing Business approach,” said Spencer Bolgard, MaxLite’s President & CEO.

The move is part of a continued plan to increase the company’s efficiencies and deliver world-class service across North America. As part of the headquarters relocation, MaxLite will also be shifting its New Jersey warehouse operations to a new state-of-the-art facility in Greenwood, Indiana as previously announced here. Opened in March, the distribution center has significantly improved service and delivery to customers in the Central region and will now service territories previously handled by the New Jersey center.

The energy-efficient Indiana distribution center maintains robust stock levels and supports deliveries to customers throughout the continental U.S. in three days or less. The shift to Indiana will minimize multiple shipments across distribution centers, improving order fill rates and service levels. This facility will also support quick-ship orders and opportunities throughout the Northeast. At the same time, MaxLite plans to offer local availability of its top-selling items in the Northeast.

“We’re pleased to capitalize on the efficiencies gained by doubling the size of our distribution center in Indiana earlier this year. Consolidating warehouse operations in Indiana will drive better service, higher value, and faster delivery for our customers,” said Brendan Drew, Senior VP/Operations & Supply Chain.

Both initiatives are in line with MaxLite’s expansion efforts and in keeping with the company’s Ease of Doing Business approach.

To learn more about MaxLite and its innovative lighting and controls products, click here

SimplyLEDs has a new CEO as current President Stephan Schmitt takes on CEO duties while company founder Bob Deely steps down as CEO to resume his role as Chief Technology Officer.

While the recently passed Sunshine Protection Act ends the practice of changing our clocks twice a year, the benefits should no longer be ascribed to energy savings. The new argument involves the effect on circadian rhythms.

Smart home adoption is on the rise, but there are some deal-breaking caveats hampering a good customer experience.