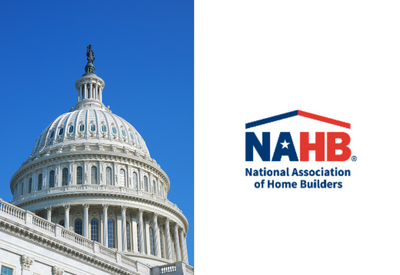 Vice President Harris cast the tie-breaking vote that allowed the “Inflation Reduction Act” to pass 51-50 in the Senate after a marathon session this past weekend. The bill is expected to go before the House by the end of the week.

According to the National Association of Home Builders (NAHB), the measure includes a number of provisions that could affect the residential construction industry and NAHB members. In terms of funding, the bill provides $837 million to HUD for loans and direct grants to improve energy efficiency, water efficiency, and climate resilience of affordable housing.

It also includes funding for forestry measures, including fuels reduction and vegetation management. According to the NAHB, there is concern these funds may be limited to use in the wildland-urban interface (WUI) and that funds designated for protecting old-growth forests will result in locking up U.S. Forest Service lands.

“While NAHB supports the adoption of cost-effective, modern energy codes, we oppose these grant programs as they lack flexibility and consideration of overall performance to account for local conditions when adopting the 2021 edition of the International Energy Conservation Code (IECC). $1 billion will be made available to state and local governments to adopt advanced energy codes,” a statement from NAHB read, which continued:

NAHB is concerned regarding the grant programs that promote the adoption of several provisions in the 2021 IECC that do not meet cost-effectiveness criteria for the consumer and provisions for zero-energy buildings, as included in the appendix to the 2021 IECC. These zero-energy targets are not appropriate or cost-effective for many jurisdictions. Furthermore, the adoption of these provisions will exacerbate the current housing affordability crisis and limit energy choices for consumers. Rather, the Department of Energy should help states advance the codes in a manner that best fits the needs of state and local governments.

Other codes-related issues in the bill pointed out by NAHB:

Some of the biggest effects in the legislation appear to be in the tax provisions. Looking at what is “in” the bill, the NAHB outlined:

Carried interest. For taxpayers earning more than $400K, the holding period increases from three to five years.  However, income that is attributable to a real property trade or business retains a three-year holding period. The bill also makes other changes to this section of the tax code which might affect certain partnerships, including real estate.

15% corporate minimum tax. This applies to companies with an average adjusted financial statement income over $1 billion that don’t currently pay a 15% rate and includes protections to preserve the value of tax credits like LIHTC.

Beginning in 2023, to qualify for 45L, the dwelling unit must be eligible to participate in the Energy Star Residential New Construction Program or the Energy Star Manufactured New Homes program. Qualifying units would be eligible for an increased credit amount of $2,500. Units that are certified as zero energy-ready homes under the Department of Energy program are eligible for a $5,000 credit.

Section 25C Nonbusiness Energy Property Credit. The legislation includes a consumer-focused credit used to incentivize energy-efficient retrofits. It would extend the credit until December 31, 2032. It would also make many improvements to the credit, including increasing the maximum credit allowed to $1,200 and eliminating the lifetime cap.

Section 25D Residential Clean Energy Credit. This is a consumer-focused credit for installing solar electric, solar water heating, fuel cells, small wind, biomass fuel stove, and geothermal heat pumps. The credit is currently scheduled to phase-out after 2023. The bill would extend the credit through the end of 2034. It would also make battery storage technology eligible for the credit.

The bill also eliminates the basis reduction requirement when calculating eligible basis under Section 42, which is a positive change for LIHTC projects.

Which tax provisions are not included in the bill?

Net Investment Income Tax (NIIT). This measure would have extended the 3.8% NIIT to active investors, including NAHB members. The NIIT applies to capital gains and rental income, among other investment streams, and would have directly increased the cost of housing. NAHB pushed back hard against this proposal.

Qualified Contracts. Previous versions of this bill would have retroactively changed the LIHTC program to eliminate qualified contracts. NAHB opposed retroactive changes of this nature, and it was not included in the bill.

The Senate announced the bill’s passage on August 7. It now goes to vote in the House.

NAHB will continue to analyze the legislation and provide further updates.

LightFair has announced the winners of its 2022 Best Booth awards. 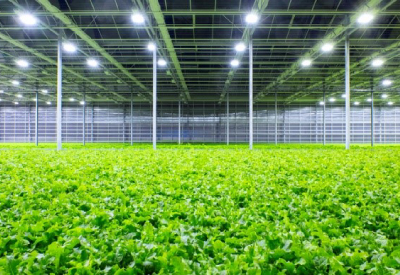 The Lighting Research Center (LRC) at Rensselaer Polytechnic Institute has developed a free, easy-to-use online tool that will assist growers to evaluate the performance, efficiency, and economics of a wide variety of horticultural luminaires, typically used in greenhouses and other controlled agricultural environments.