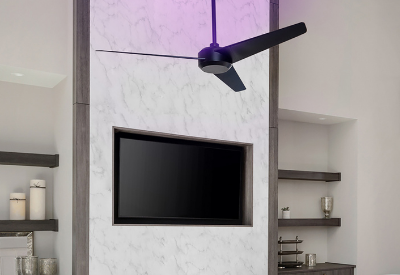 While the practice for using germicidal UV fixtures to disinfect air has been well established in hospitals for over 70 years, the new ULTRA Germicidal Smart Fan by Modern Forms helps create a safer environment for residential, hospitality, and commercial settings.

ULTRA uses a patent-pending system that combines a powerful germicidal* Ultraviolet-C (UV-C) LED module that irradiates the air with an efficient ceiling fan that circulates the air from the occupied spaces to the unoccupied upper reaches of an area. This combination can help reduce the concentration of viral pathogens, including the SARS COV-2 virus, in the air of the room where it is installed and operated.

An independent CAP (College of American Pathologists) and CLIA (Clinical Laboratory Improvement Amendments) accredited lab, Innovative Bioanalysis, has tested the efficacy of the ULTRA. The lab tests showed a 99.99% reduction of collectable active pathogen in the air and that the active SARS-CoV-2 virus was not detectable in the breathable air after just 30 minutes of operation of the ULTRA in the room.

It is generally known that natural ventilation outdoors and in homes is effective at reducing the risk of person-to-person transmission of certain airborne pathogens when there is enough exchange between clean air and shared air. To help reduce risk indoors, the ULTRA Germicidal* Smart Fan produces 5172 cubic feet per minute (CFMs) of airflow on High and also irradiates a large area above the ceiling fan with a UV-C LED module, which operates at a wavelength range (peak wavelength of 275 nanometers) known to reduce active pathogens in the air. Combined, it can move a volume of air in an occupied space up towards the actively irradiated space above the fan, where the air is exposed to the UV-C radiation, and then back down to occupied space to help reduce the risk of airborne transmission of pathogens in an enclosed space.

ULTRA is a 54-inch ceiling fan offered in three finishes: Brushed Nickel housing with Matte Black blades, Matte Black housing and matching blades, and Matte White housing with matching blades. The fan has stainless steel hardware and ABS blades, giving it a damp location rating that allows it to be used in covered outdoor spaces. ULTRA includes a Bluetooth hand-held remote which controls the six speeds of the fan and the direction of the air, upward or downward. The Energy Star-rated ceiling fan utilizes a powerful DC motor that keeps things running smooth, quiet, and 70% more efficient than traditional AC fans and offers the ultimate user experience in controlling the timing and duration of operation. For unprecedented control, connect the Modern Forms app via Wi-Fi from anywhere to operate ULTRA, create schedules, or integrate with building management systems and smart home devices. 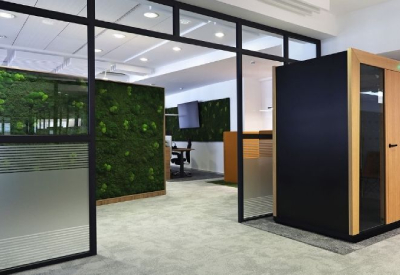 Imagine a self-contained office space. One that is smart enough to disinfect itself ahead of anyone using it so that it is virus and bacteria-free. Sounds too good to be true? Well, it actually exists, and it could be coming to an office near you. 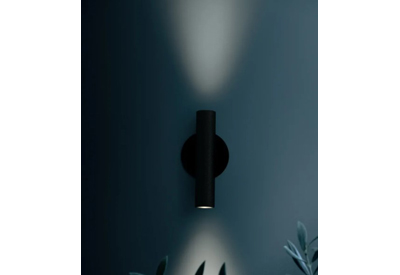 Flauta’s cylindrical body comes in three different heights, two surface textures with the nine available finishes to give more personalization possibilities. This collection’s spotlights stand out thanks to a small circular reflector that captures and reverberates the light emitted. 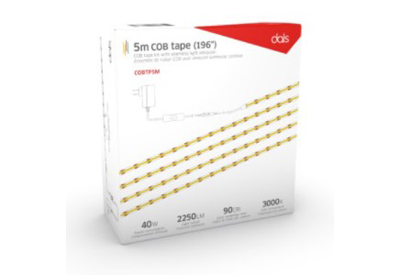 This tape will not only emit a wonderful warm glow, but give you continuous, seamless light. You can cut it every 2 cm and re-attach with the supplied connectors. No more waste. 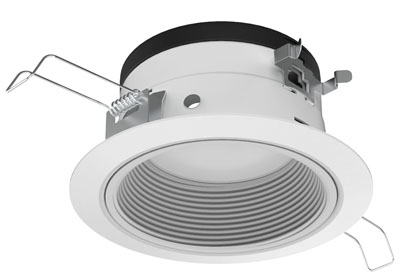 Traditional in appearance, not in innovation. From below the ceiling, the Juno Podz take the form of a traditional 4″, 5″ or 6″ downlight. Above the ceiling these fixtures are far from traditional with the fixture’s minimalist form factor and technologically advanced light engine.