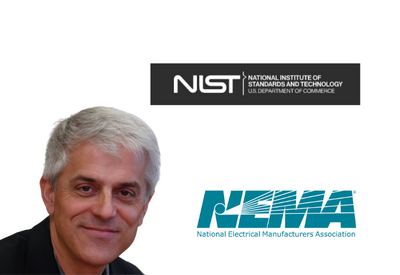 Commerce Secretary Gina Raimondo has named Steve Griffith of the National Electrical Manufacturers Association (NEMA) as an official member of the Federal Internet of Things (IoT) Advisory Board.

Griffith currently serves as Senior Industry Director of NEMA’s Transportation Systems Division and the association’s overall cybersecurity activities. He brings more than 20 years of experience in IoT, cybersecurity, and electrified and intelligent transportation systems. Prior to joining NEMA, Griffith managed projects for the Department of Defense and the Transportation Security Administration.

“This appointment is a testament to the incredible expertise housed within NEMA. We look forward to Steve serving as a crucial voice for the U.S. electroindustry on the federal level. His deep knowledge and experience in IoT can serve as an important resource as the federal government looks to maximize economic benefits from this emerging field while safeguarding against new risks,” said Debra Phillips, President & CEO of NEMA.

“The U.S. electroindustry is intimately involved in the evolving role and growing importance of IoT technologies. NEMA companies play a vital role in transportation systems, building systems, lighting, utilities, and medical technologies and will play a critical role throughout the clean energy transition. Identifying regulatory issues, supply bottlenecks, and new opportunities for IoT technologies while examining emerging issues with privacy and national security is an important service to the electroindustry and the broader manufacturing sector. It is encouraging to see Secretary Raimondo tap such a renowned expert,” Phillips added.

The IoT Advisory Board was established in 2021 to advise the Internet of Things Federal Working Group on critical matters related to the growing importance of IoT technologies for consumers, defense, competitiveness, and more. Griffith’s term will run for two years, during which time he will remain with NEMA in his current role.

RetroLux has partnered with UtilityGenius to bring its quick search utility rebate database into the Retrolux software platform where it will be available to its ESCO and retrofit contractor customers.

CMG released the results of its semi-annual Pulse of Lighting survey, compiling the findings of 230 distributors, manufacturer reps ,and lighting manufacturers.