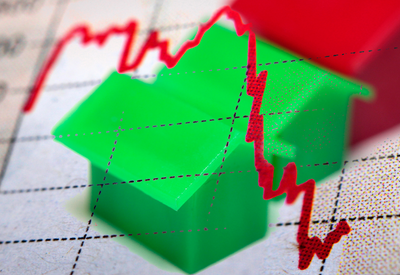 Rising interest rates have slowed the housing boom, but there is an opportunity for lighting showrooms and electrical distributors in this market. In his keynote address at the American Lighting Association (ALA) Conference last month,  John Burns of John Burns Real Estate Consulting, LLC, outlined a plan for success in the year ahead.

“We started 2022 with every generation (Millennial, Gen X, Boomer, Silent) experiencing unprecedented wealth, and consumers were itching to spend,” Burns noted, adding, “But the Federal Reserve needed businesses and consumers to cut their spending and allow supply to catch up with demand. The Chair of the U.S. Federal Reserve, Jerome Powell, has been very clear that reducing inflation is the number one priority, and that the path to reducing inflation will be painful.”

Among those feeling the pain are the ones who benefit from a strong homebuilding industry, which includes lighting showrooms and electrical distributors. As new construction cools off while builders complete the homes in their pipeline, the remodeling market is poised to take off.

Baby Boomers, who have been the largest demographic in the U.S. and historically responsible for driving a lot of the economy in the past, are entering their 70s and 80s. According to Burns, they are entering their peak remodeling years with many opting to age in place.

But it’s not just the Boomers who are influencing housing trends; COVID expedited a massive shift in working from anywhere, especially out of expensive urban and very rural areas and into the affordable Sunbelt states. The biggest flight was to exurban areas within a metro area, which is affordable and where there is land. “The technology did not exist 15 years ago for people to work from home,” he said.

According to Burns’ research, the resale market peaked in February and prices started declining in June — and the same is true in new construction. “Rate hikes take 9 to 12 months to show effect, and the Fed just started raising rates,” Burns warned, pointing to historical research that shows “a recession has followed within 18 months of 6 of the past 8 rate hike cycles — and the average lag time between rate peaks and the start of a recession is 3 quarters (9 months).” 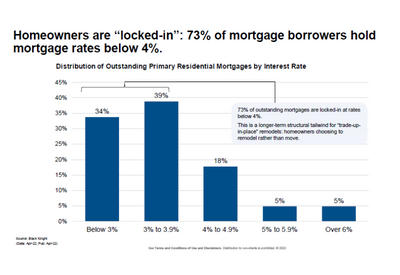 Most homeowners are locked in with low mortgages of under 4 percent, which means they are staying put. Those who had wanted to move have reconsidered after interest rates began rising. Instead, Burns proposed that they are most likely to invest their money into remodeling their current home. “This is especially true for the older and more affluent consumer,” he advised, adding, “Due to the early 2000s housing boom, the number of homes in prime remodeling years has grown.”

Focusing your lighting business on remodeling contractors and the home improvement sector makes sense in today’s economic climate not only to court homeowners who want to renovate, but also investors who have just purchased properties during the housing boom.

“With the work from home option impacting office space, Wall Street real estate money doesn’t want to be in office buildings or retail anymore, so what’s a safer bet? Housing rentals,” Burns said. “What’s happened to the rental market is bigger apartments. The rental market is the most impacted in a housing boom or a recession. We saw a huge surge in household rentals (13%) four months ago, but also the income level of the renters has increased as well.”

The influx of investors buying homes nationwide creates another opportunity with single-family and multi-family residences. Statistically speaking, 10 million households rent for a variety of reasons: young couples, divorced adults, a relocation for work, a way to get children into a particular school district, or perhaps they sold their home at an inflated price and choose not to buy until rates come down.

According to the recent statistics Burns provided, 2% of the market is owned by people who intend to flip the home; 3% are owned by Wall Street investors, and the remainder are small investors. The first thing investors tend to do, he said, is remodel the places they bought.

“These investors are also bringing in professional landlords. This is a huge remodeling opportunity. When remodeling, landlords are looking for durability – premium countertops and flooring, for example –  because they don’t want to have to remodel the units every year [when tenants leave],” he explained. Upgraded lighting could be part of the remodeling package.

Burns also pointed out that Lennar, one of the nation’s largest homebuilders, now has a secondary business in homes for rent. [Last year, Lennar announced a $4 billion single family rental platform targeting high growth markets across the U.S. which also includes a rent-to-own option.]

ADUs (Accessory Dwelling Unit) is another area of remodeling interest. For homeowners, ADUs can be a source of rental income or serve as living quarters for adult children, extended family, work-at-home space, or room for a home-based business. “ADUs have become a growth business in certain jurisdictions, especially Washington, D.C.,” Burns said. The popularity of short-term rentals via Airbnb can also present a remodeling opportunity.

Furthermore, typical housing floor plans have been changing since the pandemic, Burns noted, since existing homes weren’t built with remote work environments in mind. “It is estimated that 28 percent of moves that occurred during the pandemic were influenced by the flexibility of working from home,” he noted. Other trends he has observed in the market is a desire for health and wellness attributes in the home as well as an emphasis on sustainability coming from younger generations. “Ceiling heights are getting higher, great rooms are more open and multi-purpose, and more designers are allocating more room for outdoor spaces,” he added. 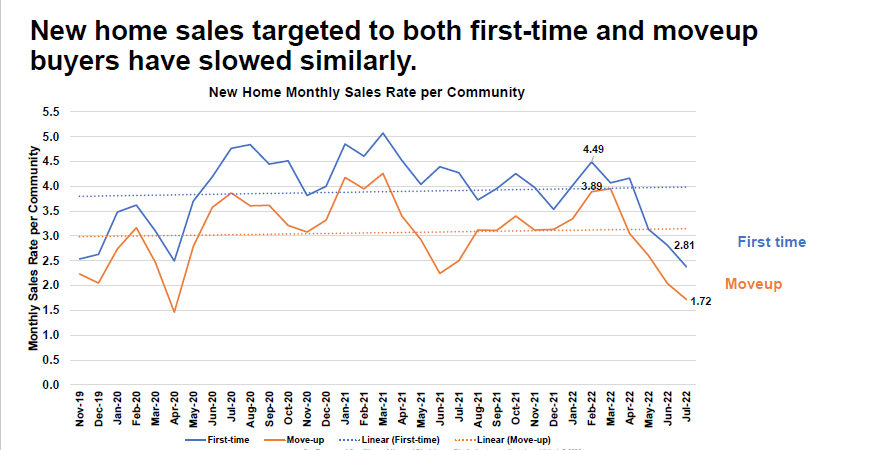 “Lighting is the most complex building material in the supply chain,” Burns stated. While his research indicates that the average size and scope of kitchen and bath projects has been declining, lighting is the “stickiest,” he said, when it comes to brand preference as kitchen and bath designers tend not to switch brands often when they’ve found ones they like.

Burns acknowledged that there has been a lot of discussion in the real estate industry about repurposing office space into residential living quarters.  “Right now there is more conversation about it than actual occurrences,” he admitted, adding some clients believe it is easier to raze a building than convert existing space.

Remodeling homes, apartments, and office space makes financial sense when weighing out the economics of searching for a new location in a climate of rising interest rates. Burns’ advice to ALA members in the audience is to look for opportunities for partnering with remodelers and contractors in the coming year as new construction numbers level out.

All lighting professionals who participate in the 2022 Q1 Pulse of the Lighting Industry survey will receive the complete report – featuring peer insights and expert analysis – for free.

The Dallas Market Center has changed the dates of the January 2023 Lightovation show to better meet exhibitor and attendee needs.

The term “health and wellness” is used a lot in consumer marketing. Not only is it a topic of great interest, but it is also a big business with huge potential for lighting professionals.

While the recently passed Sunshine Protection Act ends the practice of changing our clocks twice a year, the benefits should no longer be ascribed to energy savings. The new argument involves the effect on circadian rhythms.

Taking the time to locate and forge partnerships with non-competitive vendors or service providers is one of the best ways to maximize your time in finding new prospects.