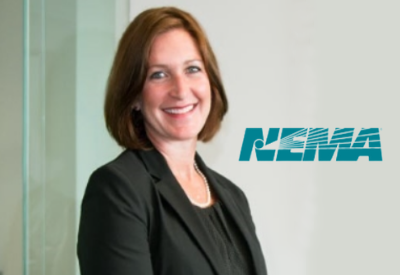 The National Electrical Manufacturers Association (NEMA) has named chemistry and petroleum industry veteran Debra Phillips as its next President and CEO. Kevin Cosgriff, who has held those positions for the past seven years, will retire in December.

“It has been a privilege to serve such exceptional and important Member companies and lead a truly wonderful team,” Cosgriff said.

“On behalf of the NEMA Board of Governors, I would like to thank Kevin for his outstanding leadership, unwavering commitment to our industries – especially his steady hand during COVID – and his many important contributions,” said NEMA Board Chair Annette Clayton. “He has prepared NEMA for the future and we wish him well in his retirement.”

Phillips joins NEMA from the American Petroleum Institute, where she led the Standard-setting, revenue-generating businesses and global operations division as Senior Vice President of Global Industry Services. Previously, she served as Vice President of Sustainability at the American Chemistry Council. Earlier in her career, Phillips held director and engineering positions in private-sector chemical and manufacturing companies.

“Debra’s leadership and track record of success will not only serve NEMA Member companies incredibly well, but will also propel the direction and mission of our organization to new heights during a pivotal time for the electroindustry,” commented Clayton, who is also CEO & President of Schneider Electric North America. “With an energy landscape that is more sustainable and increasingly more electrified, Debra’s more than 20 years of leadership on sustainability, Standards and globalization in D.C. trade associations will enable the membership to deliver even more benefits to consumers, businesses and the U.S. economy overall.”

“I am honored to be joining the NEMA team and an industry that enhances the lives of Americans every day while pioneering innovations that spur long-term infrastructure modernization and economic growth,” said Phillips. “I look forward to continuing the work of the talented NEMA team during an inflection point when digitalization, energy security, connectivity, and workforce of the future are critical issues for NEMA Members, businesses and consumers alike.”

Founded in 1969 in Benton Harbor, Mich., IBID County Electric has just been sold to individual investors. 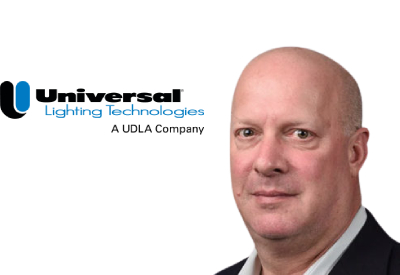 Energy Focus, Inc., a leader in sustainable and human-centric lighting technologies and developer of UV-C disinfection products, has appointed Jeff Parker and Brian Lagarto to its board of directors.